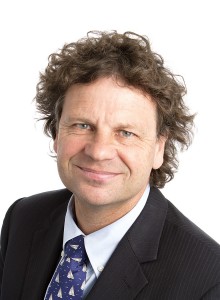 “I don’t like referring to “disability” but I do like talking about “potential”.  Surely it ought to be the aim of any intelligent and prosperous society to enhance the potential of its members.  In that regard, I am delighted to commend Flexyfoot to those in our society who, on the one hand need a walking aid, but on the other, are interested in living life to the fullest.  Flexyfoot can hopefully play an important role in minimising the aches and pains on those upper limb joints which are used with walking aids.”

Robyn Stanley (NSW) writes:
” I am a young 67 and have been on ‘sticks’ for over ten years. I have had crutch tips that wear out too quickly, and others that are so dangerous and slip in a drop of water in shopping malls. Your marvellous Flexyfoot tips have given me a new confidence to enjoy being out – to follow my grandchildren anywhere they go without looking at the ground and thinking of where to place the next crutch. I feel now I can attempt anything – wet grass, sand, cobblestones, rainy days, rocks and scree. I can only praise this product by telling everyone I know who owns a walking stick of the advantages of Flexyfoot.”

Angel says:
” I purchased a Flexyfoot for my walking stick about 2 months ago. I was thrilled when I bought it as it made such a difference to the way I am able to use my walking stick. Well, now after two months I want to scream to the world that this one small rubber stopper has completely changed my world.

I fall over less as the flexibility of the stopper is able to rotate when I almost fall or slip. The shock absorber is SO cushioning for my shoulder but most of all I love the way it follows me and the angle of my stick and gives me great security that I will be saved.

I am so grateful flexyfoot exists and that someone has taken the time to make such a brilliant object that makes a hard life easier. I am sooooooooooo happy you exist. Thankyou so much.”

Janine Conquest says:
“I purchased the Flexyfoot feet for my crutches one and a half months ago and I am very pleased with the comfort and security that they have given me. I have been on the crutches for 3 years and will need them for many more due to complications due to rheumatoid arthritis. I was having a lot of problems with my shoulders and I was never confident to walk with my head up as I was afraid of falling, I have an artificial hip and have popped it out 4 times so was terrified that I would slip on something. Since buying the feet I am a lot more confident and love the fact that if I walk on wet paths I have a lot more stability.

I can not recommend them any higher they are a wonderful product and hope that you all try them for yourselves and get the amazing benefits that I have.”

Lloyd Brooks (QLD) says:
“I have been using Flexyfoot for about a month now; this is a brilliant device, as I have now been on crutches for about two years waiting for a hip replacement and because of my size have put up with sore shoulders, slipping crutches, leaving skid marks on floors from doing turns etc. Most of the pain in my shoulders has gone, I am able to more freely as I am a community educator and regularly do stand-up talks 1-2hrs in duration, Flexyfoot is invaluable to me. I can also get in and out of a fibreglass pool using Flexyfoot on the steps this would have been impossible with the other fittings.
PS send more brochers – there is alot of interest here.”

Tania Zaetta says:
“People have been saying to me how horrible, uncomfortable and dangerous they found being on crutches when they were in injured. I proudly show them the bottom of my crutches and let them know I haven’t had any trouble at all thanks to the Flexyfoot. It feels like I have extra cushioning, a shock absorber under my arms, they don’t slip at all on any surface and have given me peace of mind and confidence to move around on the crutches while my ankle is injured. Using stairs is also much easier as the Flexyfoot bends with you. I can’t thank you enough for introducing me to the Flexyfoot; it’s made life much more enjoyable while dealing with torn ligaments.”

Kay de Weger (QLD) says:
“I have just had foot surgery again and ordered your Flexyfoot beforehand to fit on my new walking stick. I have recommended it to so many people. My surgeon loved it and I have had so many enquiries at the Shopping centre. I feel more confident.”

Margot Ditterich (VIC) says:
“The Flexyfoot on my walking stick is an enormous improvement. The grip on the ground is so much better. We live on an unmade road. I need confidence as I have had back surgery and had two falls. I showed my Physio and he was impressed. The Flexyfoot means I don’t need a walker except in the large Shopping Centres. I am grateful. Thank You very much.”

Shirley Seskis (VIC) says:
“I have had the misfortune to tear a medial ligament in my left knee twelve months prior to tearing the same ligament in my right knee…at least the knees sort of match now! Each time I had some weeks on crutches, but this second time I was privileged to have Flexyfoot fitted to them. What a difference it made! I also have rheumatoid arthritis that among other things has caused my wrists to be quite rigid and often painful. Flexyfoot took the “jarring” out of my use of the elbow crutches. I also felt much more stable as I negotiated the five steps in and out of our home. Changing direction became much easier as there is no need to lift the crutch; rather it swivels with you as you turn. I have no hesitation in recommending Flexyfoot, and will be one of the first customers to buy one for my walking stick as soon as they are available.”

David Carter (NSW) says:
“When first using 2 Flexyfoot crutch tips, I was worried by not having a solid impact with the ground, but I soon got used to that. I like the tread on the tips, because they do not accumulate dirt and stones, and they do not leave the concentric circle marks that conventional tips leave. I used them in wet and dry conditions and they stopped any feeling of slipping on any surface. I like the design of the easy replacement feet. I could not pick any benefit of the cushioning of the shock and impact in my trial so far. I am a happy user.”

Simon Baker (UK) says:
“I am a below knee amputee and in 2008 I completed the Dublin marathon on crutches and on one leg, at the time earning myself a place in the Guinness book of records. The biggest problem I found was with my ferrules even tho at the time I thought I had purchased good quality ones. I found they wore out quick and uneven, my wrists became sore due to the pounding every time the crutches hit the ground sending vibrations up my arms. I am about to embark on a new challenge in august 2011 and that is to walk on the crutches on one leg from Dublin to Limerick, Ireland in 6 days, this is a journey of some 257 kilometers. So in my search of ferrules I came across Flexyfoot and contacted them to say I would really put this product to the test and they sent me some samples. I started to train for my event covering 20 miles in one session some days. I could not believe how good this product was… I am 14 stone and I travel at speed with big swinging motions as I move on the crutches. First thing I felt was safe knowing the ferrules were flat on the ground with good contact and grip as I swung my body forward, I also noticed my arms and wrists were not sore as the shock system in the ferrules had reduced the vibrations coming up threw the crutches, this also helped reduce the blisters to my palms, they also seem to last the distance too, all I can say is I feel Flexyfoot ferrule will play a big part in me completing my challenge ahead… I am very impressed and will give a full up date when i have it completed. Congrats on a great product.”